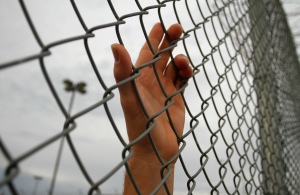 Few would argue the legal quagmire that is the current US immigration system needs meaningful reform. Any reform should accomplish two things. First, it must uphold the country’s right to protect itself and establish laws for entry and residence and provide appropriate punishment for violators of the law. Second, it should encourage legal immigration, streamline the process in terms of waiting periods for hearings, restructure the immigration fees, and promote the humane treatment of immigrants and refugees.

For decades, immigration reform occupied congressional agendas. Reform packages made their way through the Congress and to the president’s desk but have unfortunately found their death at the hands of partisan politics. All the while, leaving millions of immigrants with little to no relief as the immigration structure collapses on itself.

In addition to the comprehensive congressional reform packages not signed into law, non-profits, religious institutions, and immigrant/refugee advocacy groups have offered possible solutions to one of the most complicated problems facing this country today. Election season has brought a flurry of reform packages from candidates vying for the Oval Office. Suffice to say the options for improvements are there. The need is to embrace reform that protects the interests of the parties involved- namely immigrants and the country of destination.

One such organization advocating for reform is the Evangelical Immigration Table (EIT). Formed in 2012, EIT is a movement of evangelical Christians from various denominations, ethnicities, and political perspectives who came together to encourage biblical thinking about immigration issues and in the public square. A few of the organizations comprising the EIT include the Ethics and Religious Liberties Commission of the Southern Baptist Convention, World Relief, World Vision, the National Association of Evangelicals, and the National Hispanic Christian Leadership Conference.  In 2012, a number of these leaders drafted and publicly affirmed an Evangelical Statement of Principles for Immigration Reform. These leaders recognized two things. First, the Bible does not provide a detailed immigration policy for the United States. Second, there is room for Christians to disagree on the best legislative remedy for repairing the current national immigration system. Their statement reads:

Our national immigration laws have created a moral, economic, and political crisis in America. Initiatives to remedy this crisis have led to polarization and name-calling in which opponents have misrepresented each other’s positions as open borders and amnesty versus deportation of millions. This false choice has led to an unacceptable political stalemate at the federal level at a tragic human cost. We urge our nation’s leaders to work together with the American people to pass immigration reform that embodies these key principles and that will make our nation proud. As evangelical Christian leaders, we call for a bipartisan solution on immigration that:

I have affixed my signature and affirmed my support of this statement along with thousands of other pastors, denominational leaders, seminary presidents, and parachurch ministry leaders. Over the next few posts, I will explore these six principles in more detail.

I am the Senior Pastor of First Baptist Church in Perry, Florida. I have been married for 27 years to Terri and I have a 22-year-old son, Jordan, a U.S. Marine, is married to Skyllar and they have two children: Kalliahpe and Olliver. They are currently stationed in Beaufort, SC. View all posts by Steven Ruff